The Beer That's "So California It Hurts" Is Finally Back 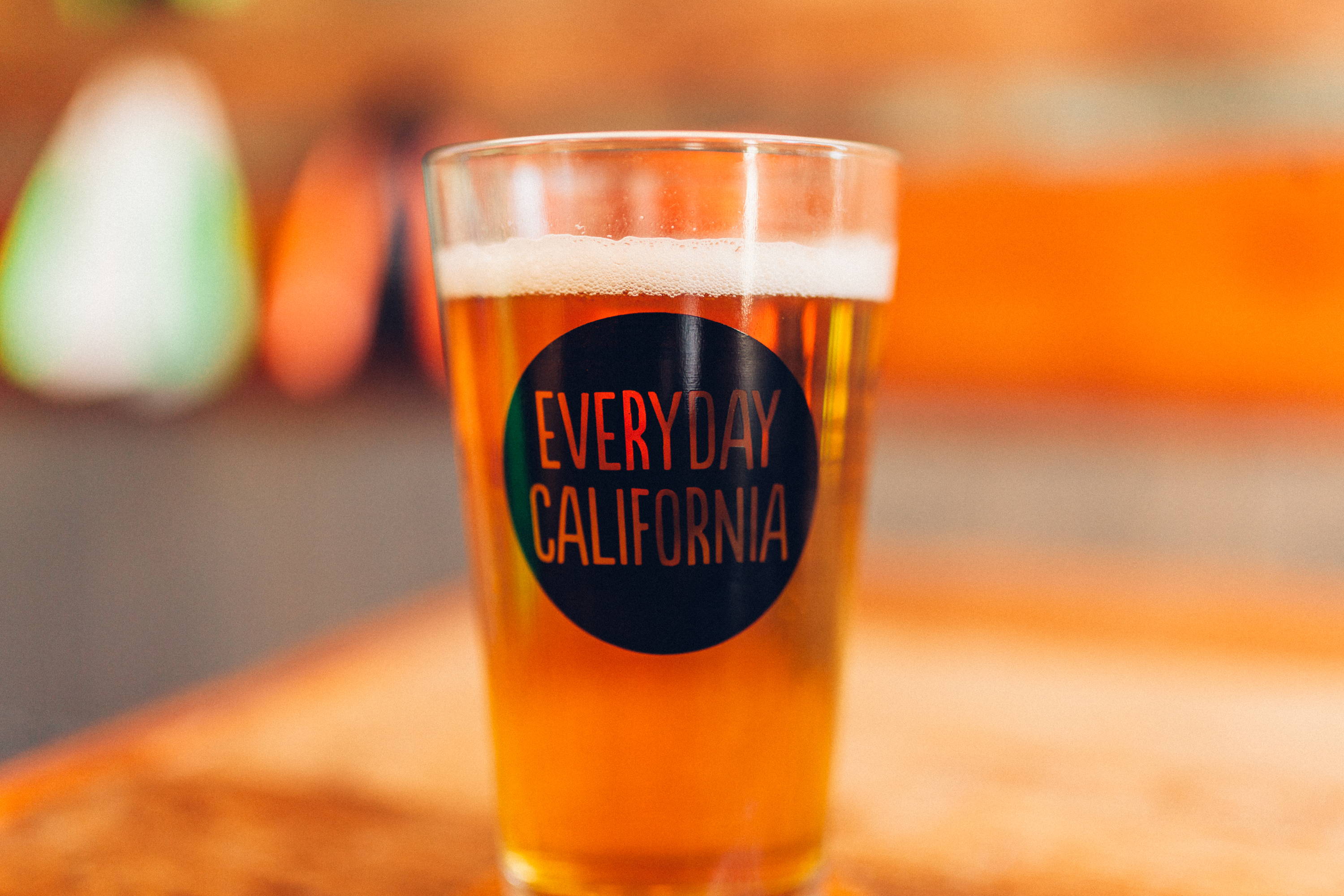 Our signature beer is back and here to stay.

Last year, we had a long-time dream become a reality: craft an Everyday California beer. We partnered with Resident Brewing to create a liquid manifestation of what we do: high-quality, locally sourced goodness inspired in every way by our Golden State.

And we mean every way. In short, Everyday California created an all-California IPA with a California brewing company inspired by flavors from Northern and Southern California entirely sourced in, well, California.

Overkill? Maybe. But when something works, it works, and the popularity of our Everyday California IPA speaks for itself:

The beer was launched for a limited time in the Fall of 2017 and sold out within just a few days. It was a hit with our fellow San Diegans, a beer-savvy crowd that’s grown accustomed to a wide range of delicious craft goodness in their backyard.

Now the Everyday California IPA is back for another round, and this time it’s here to stay. Our partner in hops, Resident Brewing, is re-releasing the unique brew as a permanent part of their beer family.

Chris, co-founder of Everyday California (my boss) and San Diego beer aficionado, said “Seeing the Everyday California IPA enjoyed at key venues around town last year was pretty amazing. We couldn’t have asked for a better partner in bringing this beer to fruition, and we’re stoked to have this IPA become a permanent member of the Resident Brewing family.” 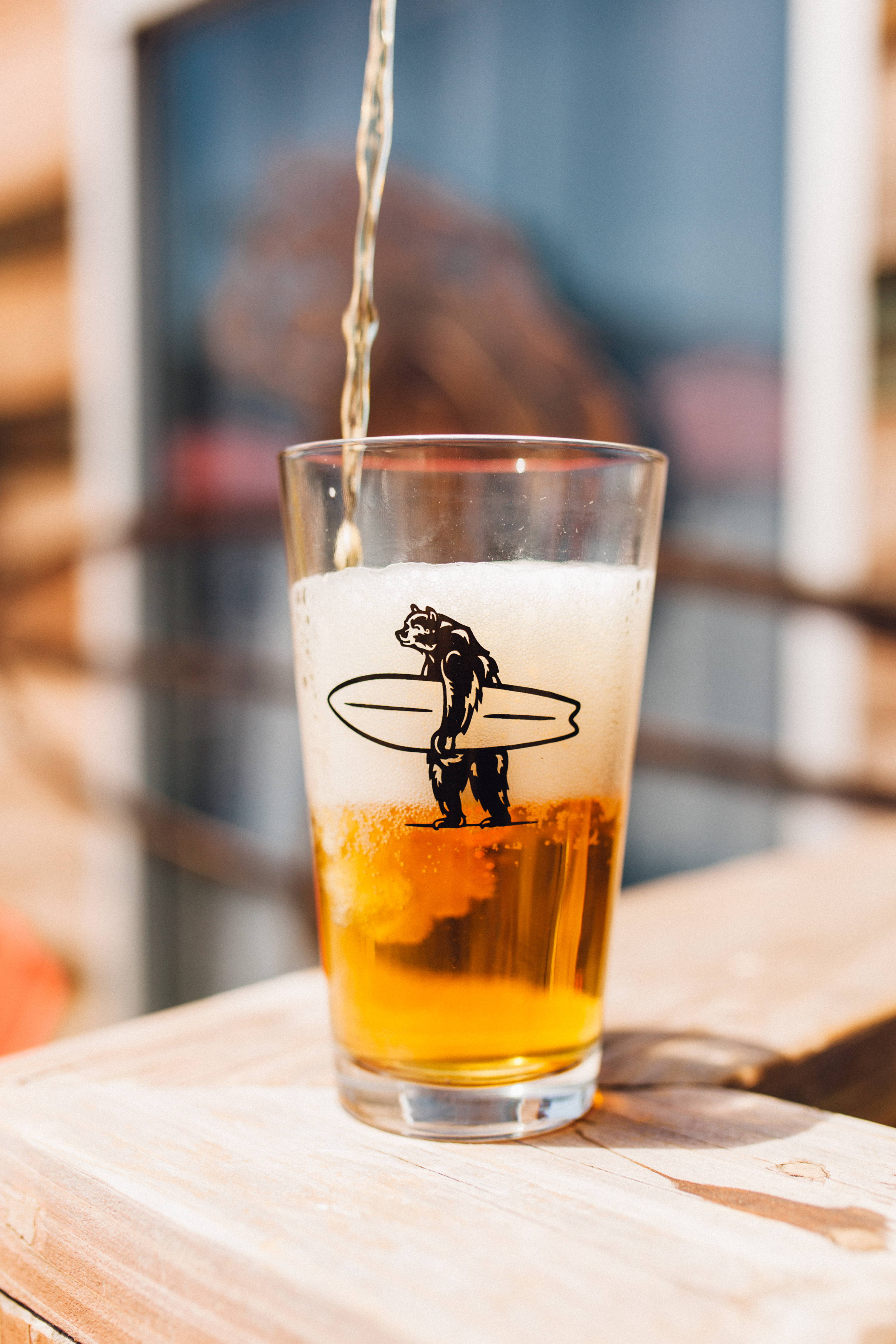 A frothy glass of our deliciously golden Everyday California IPA

What makes it special?

Of course, we love this IPA because it’s ours, just like your step-uncle Gary loves the beer he brews in the shed behind his house. But we also added some unique elements to make it worth your time:

1 It’s representative of our favorite state, so it has the full flavors of California, old and new. Originally, California IPAs had a strong, hoppy taste with a touch of pine. Now a juicy, citrusy flavor is preferred. We included both.

As Brandon Hernandez of West Coaster said, the Everyday California brew “comes across like many IPAs you’ve likely had before…and that’s a good thing. It’s the whole point when trying to epitomize such a vast and vibrant beer region.”

2 The hops in our IPA are “wet-hopped,” which is the fancy craft beer way of saying “not dried”. Using wet hops gives our beer a natural, fresh flavor.

There’s only one chance in the year to use this brewing technique, which makes this IPA a little extra special!

3 Most beers source their ingredients from all over the country (for example, hops from the West Coast and grain from the Midwest).

Being all California, each ingredient is locally sourced, meaning there’s no ingredients being shipped across the US. This makes it fresher and more sustainable than your average brewski.

All of which makes me thirsty. If you want to grab one, the Everyday California IPA will be available at Resident Brewing, OB Surf Lodge, The Local PB, Bayside Landing, Shore Rider, Galaxy Taco, La Jolla Brewing Company and a few other hotels in La Jolla. And if you want it to be at your local bar, have them reach out to us!

Meanwhile, ourrelease party is open to the public! We’ll have the Everyday California IPA on tap for just five bucks a pint at OB Surf Lodge. If you’re around on May 11th, drop in, say hello, and grab a delicious beer before the keg is tapped!

Oops, I spilled beer on my shirt

Behind the scenes of the creation of our Everyday California IPA: 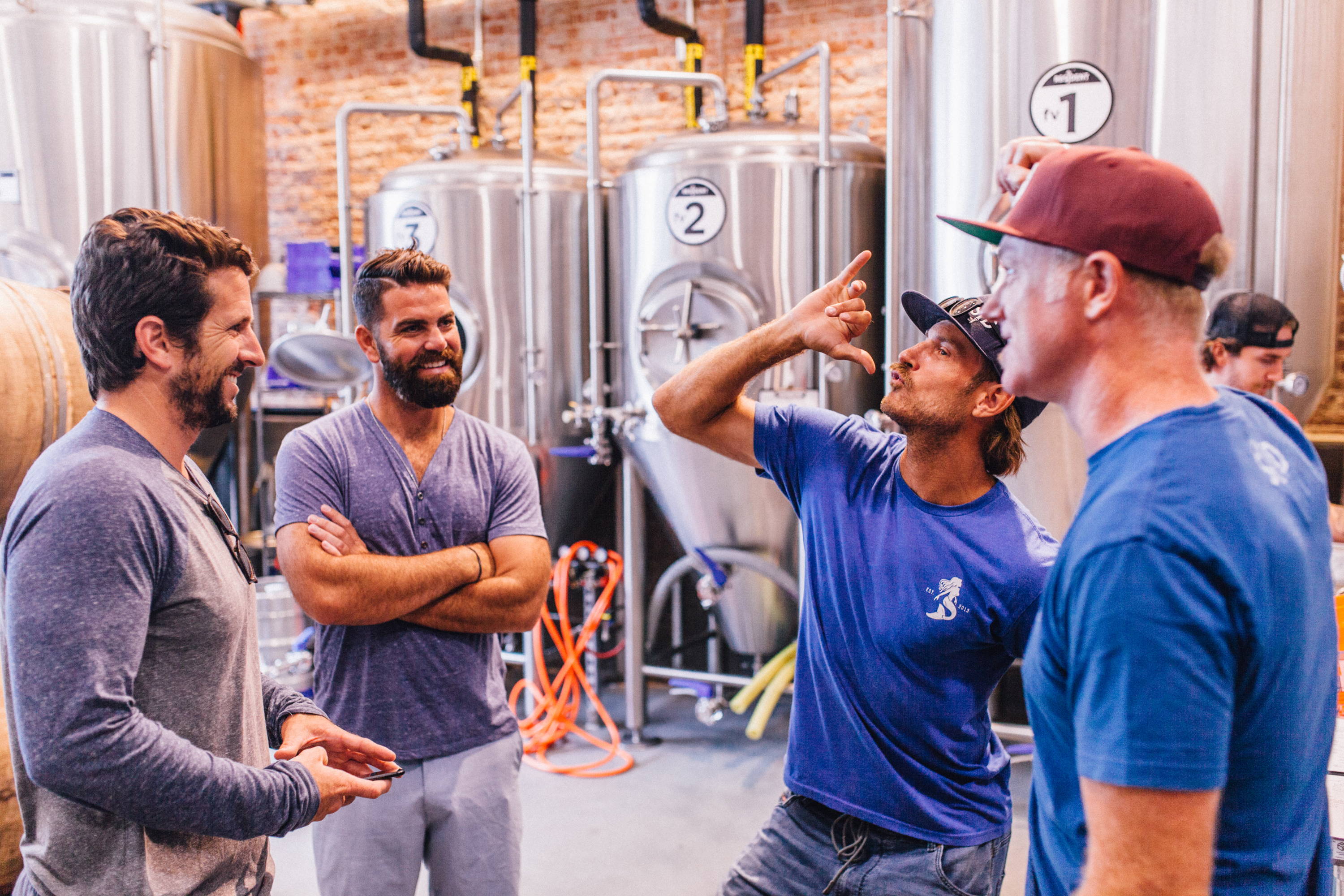 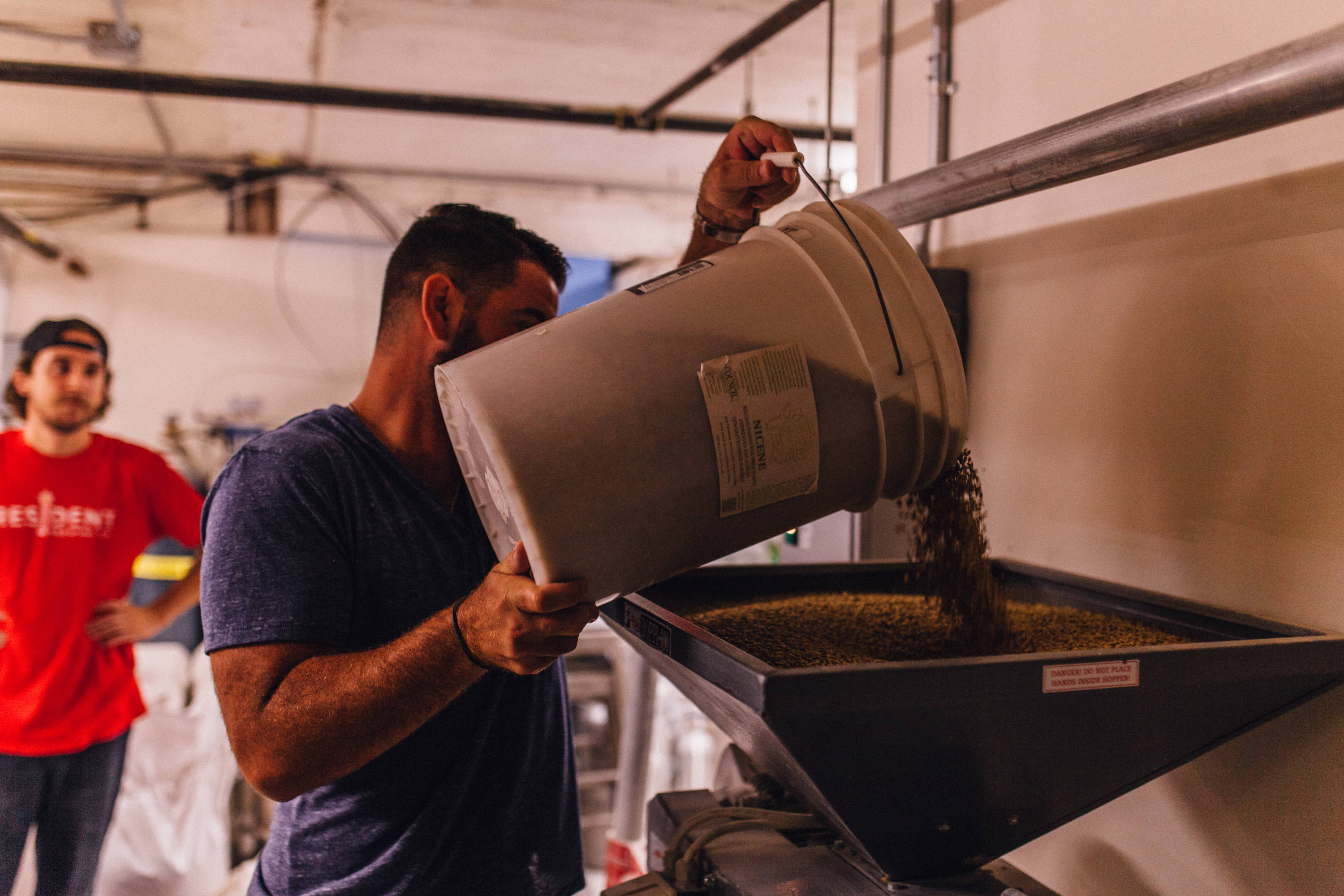 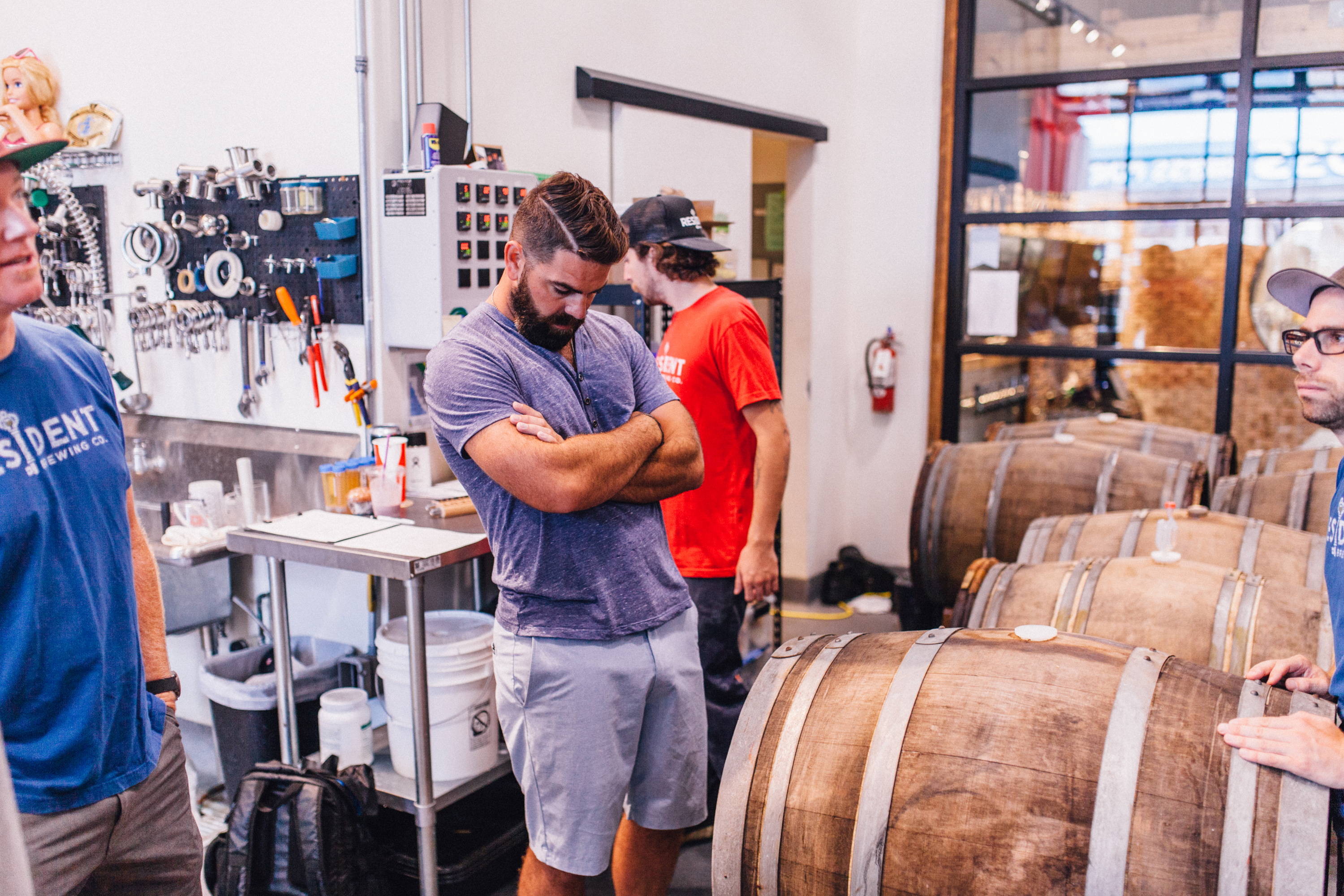