Shark Week Is Coming, And The Sharks Have Not Been Waiting Patiently

Hold onto your fingers, the sharks are coming and they’re hungry (for screen time). 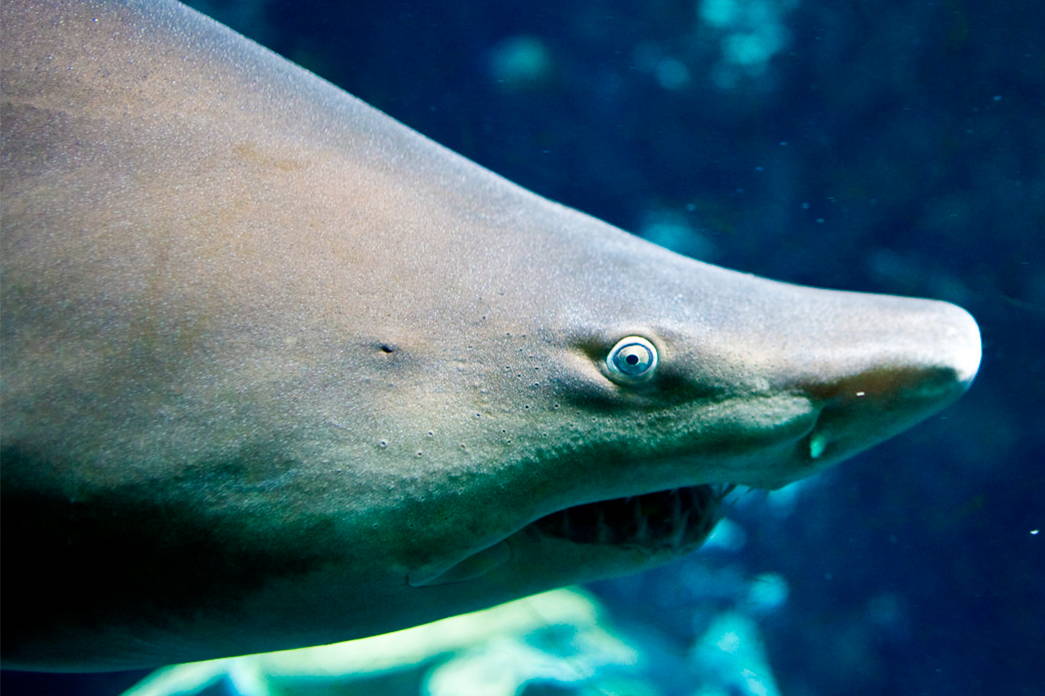 Discovery Channel’s annual television shark special extraordinaire, Shark Week, will return on July 22nd, and it seems that sharks everywhere are anxious to get their jaws on some time in the limelight before it begins.

Instagram model and blogger Katarina Zaratskie was traveling with her boyfriend and his parents through the Exuma islands, an archipelago of 365 cays and islands in the Bahamas, when she came across a grouping of nurse sharks.

Katarina told BBC that from her surfing and scuba diving experience, as well as previous instagram posts she’d seen, she knew that nurse sharks are usually pretty safe to be around.

Armed with that knowledge and her boyfriend’s father taking photos, she started posing near the congregation, and was eventually coaxed by a local to get in the water and lay on her back with the sharks for a #dramatic shot.

That’s when things got #outofhand. While floating in the crystal clear water blotted with the dark grey of the sharks, one of the apparently less docile nurse sharks grabbed onto an opportunity - Katarina’s arm.

Katarina was pulled underwater by the shark, which kept her down for about 10 seconds before she managed to wrestle herself free. Once free, she came out of the water with her wounded arm in the air, knowing that the blood from the bite could otherwise whet the appetites of the hungry shark’s friends. 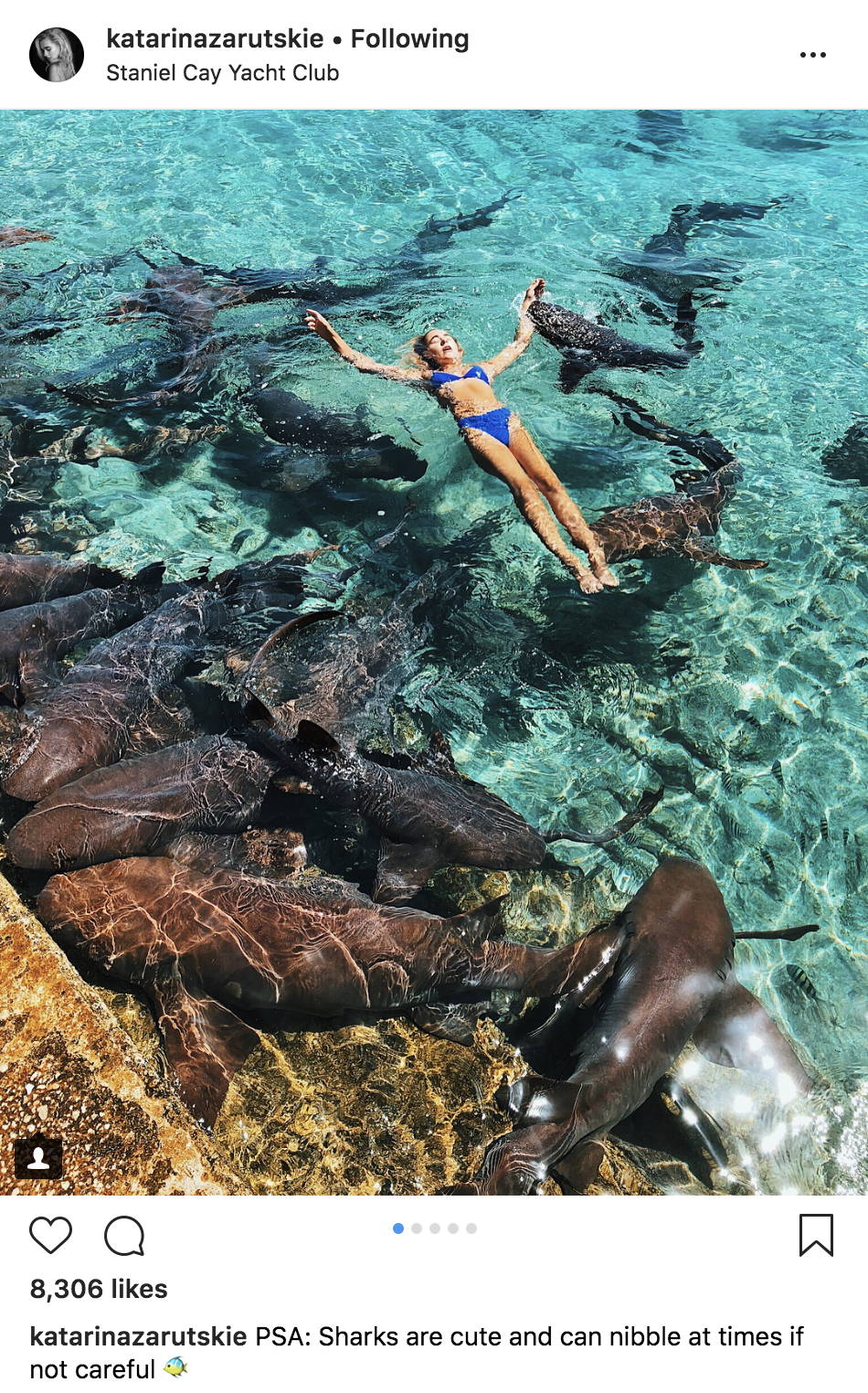 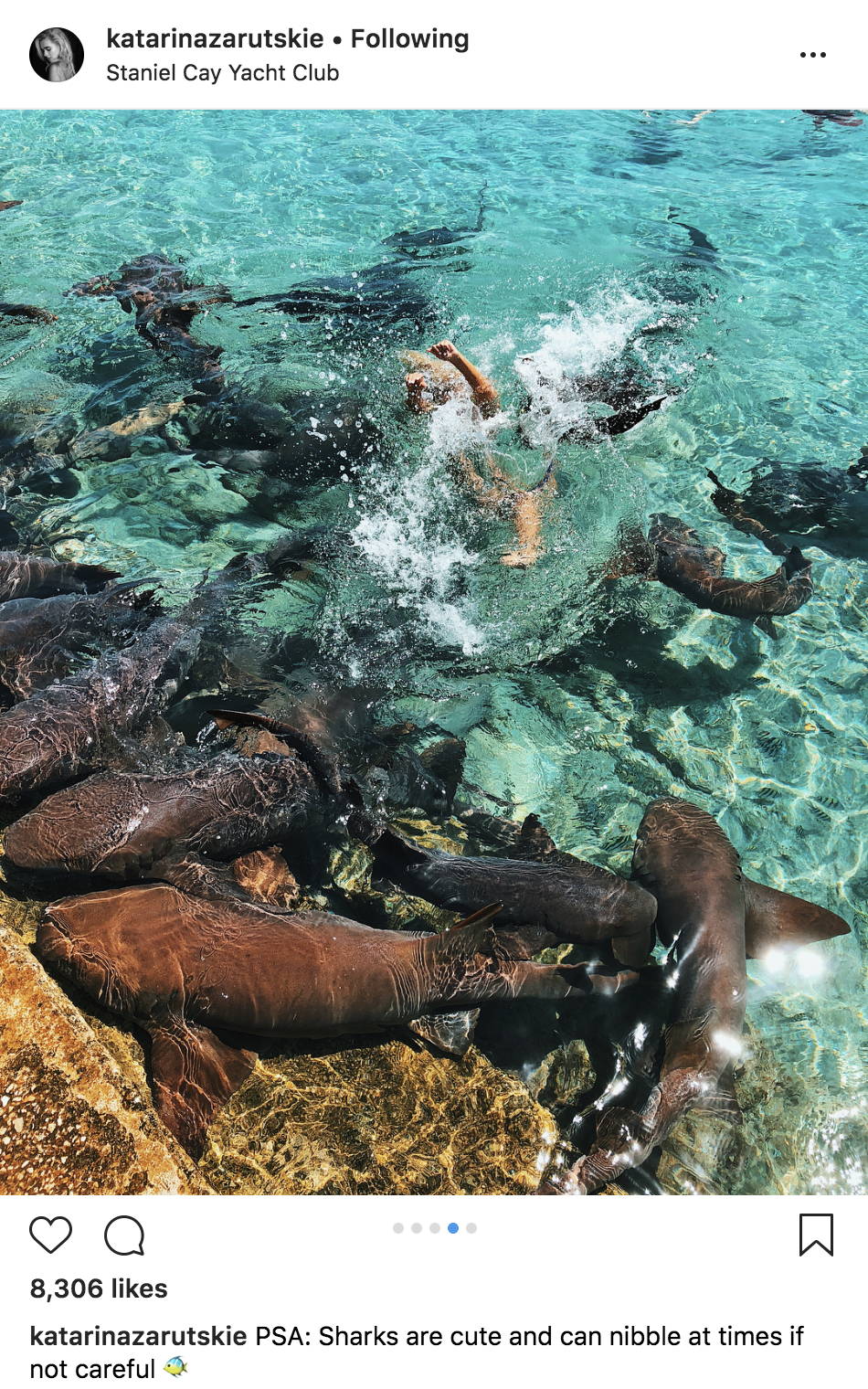 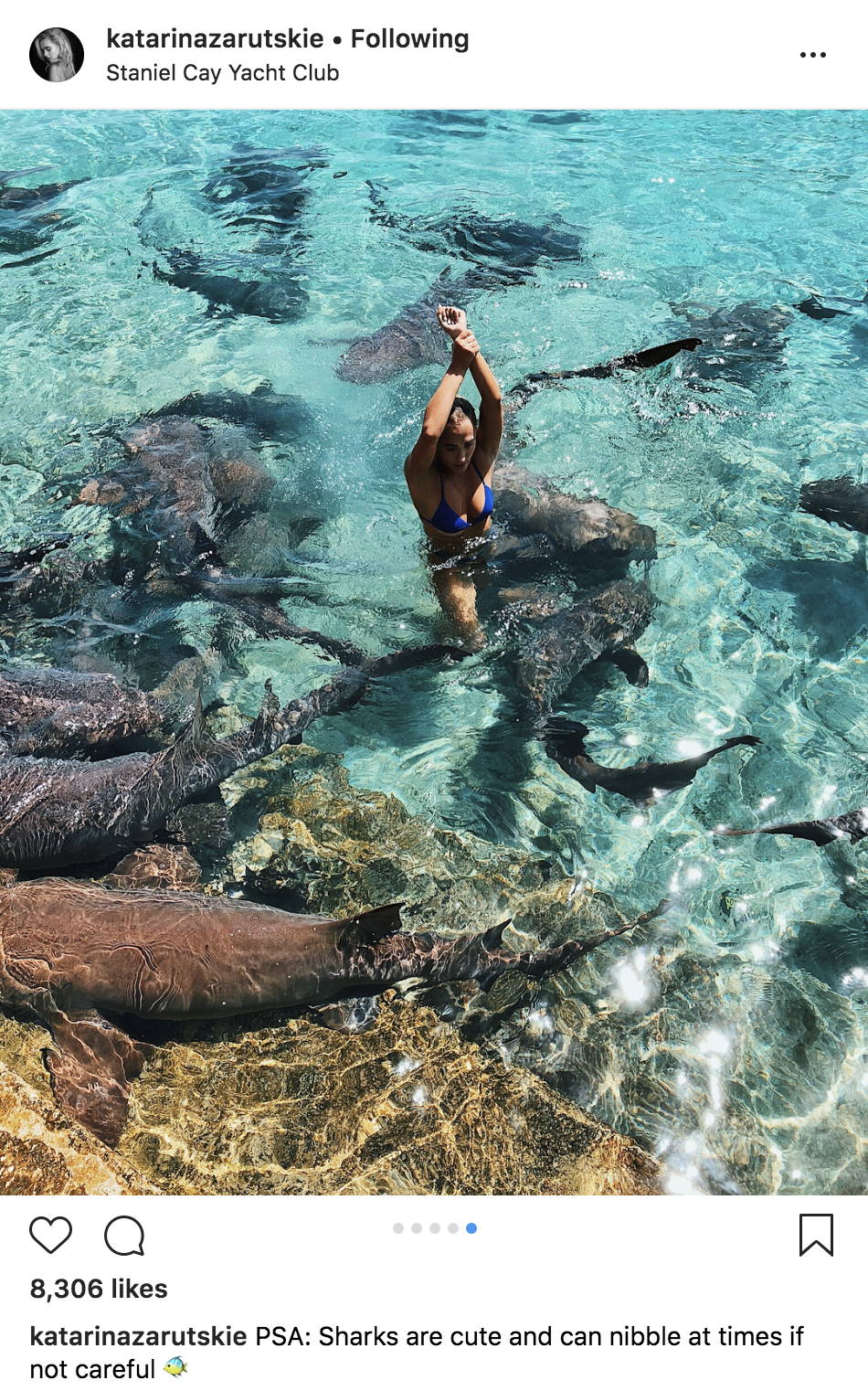 For some, it might feel justifiable to label the instagram model as, sigh, just another pretty influencer taking pointless risks for something as meaningless as a social media post. And while there may be some truth to that, Katarina reacted well to the situation.

She said, "At that point your body has so much adrenaline going and you just have to get out of the situation, but I stayed extremely calm."

The internet, on the other hand, did not stay extremely calm (it never does). After posting the picture of the attack to her instagram (which she says she had no intention of doing originally) the story quickly went viral, leading to “rude and hateful” comments, along the lines of being an image-obsessed “dumb blonde.”

Not exactly the kind of consolation you hope for after being attacked by a shark.

But Katarina’s encounter is only one story in this Shark Week prequel. Earlier this month, an Australian woman was on the back of a boat feeding sharks when one of them saw food, not friend - it got a little handsy with her, and bit down on her finger, pulling her into the water. Fortunately, she was able to return to the boat quickly.

These were another kind of nurse shark, a “tawny nurse,” and in the feeding frenzy managed to break the woman’s finger (she initially thought it was bitten off entirely). Here’s the video of that encounter.

And if you’re hungry for more sharky goodness, tune into Shark Week at the end of this month. Entertainment Weekly reports there will be specials with celebrities like Ronda Rousey, Aaron Rodgers, Lindsey Vonn, Guy Fieri, Bear Grylls, and even Shaquille Oneal. Rumor has it we’ll be making our own shark shirt to celebrate, so keep your beady eyes out for a jaw-dropping release soon.

Until then, here’s the video of Australian pro surfer Mick Fanning punching a shark during a competition 3 years ago.