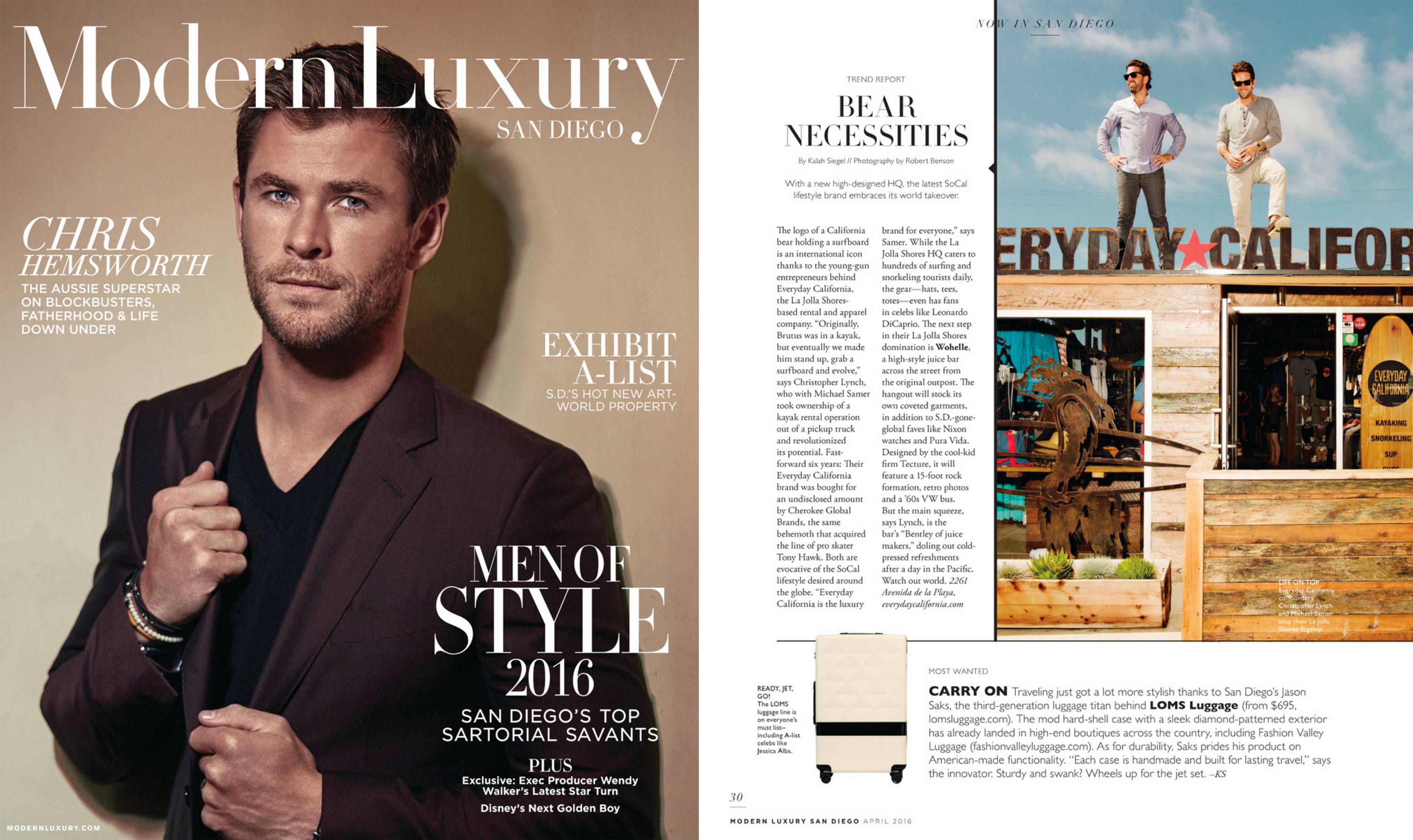 The logo of a California bear holding a surfboard is an international icon thanks to the young-gun entrepreneurs behind Everyday California, the La Jolla Shores-based rental and apparel company.

"Originally, Brutus was in a kayak, but eventually we made him stand up, grab a surfboard and evolve," says Christopher Lynch, who with Michael Samer took ownership of a kayak rental operation out of a pickup truck and revolutionized it's potential.

Fast-forward six years: Their Everyday California brand was bought for an undisclosed amount by Cherokee Global Brands, the same behemoth that acquired the line of pro skater Tony Hawk. Both are evocative of the SoCal lifestyle desired around the globe.

"Everyday California is the luxury brand for everyone," says Samer.

While the La Jolla Shores HQ caters to hundreds of surfing and snorkeling tourists daily, the gear--hats, tees, totes--even has fans in celebs like Leonardo DiCaprio. The next step in their La Jolla Shores domination is Woholle, a high-style juice bar across the street form the original outpost.

The hangout will stock its own coveted garments, in addition to S.D.-gone-global faves like Nixon watches and Pura Vida. Designed by the cool-kid firm Tecture, it will feature a 15-foot rock formation, retro photos and a '60s VW bus. But the main squeeze, says Lynch, is the bar's "Bentley of juice makers," doling out cold-pressed refreshments after a day in the Pacific.